There are many factors to consider pertaining to urine odors in carpets. Urine contains water, yellow pigment, urea, uric acid, cholesterol, enzymes, etc.  When urine leaves the body (man or animal) it is in an amino (uric) acidic state, with a pH of approximately 5 to 6.  It is rather pure and generally contains no harmful bacteria or micro-organisms.  The warm acidic state of the urine does, however, create a perfect breeding ground for bacteria, which immediately begin to flourish.  The urine also transforms as the water evaporates, changing its hydrogen content and forming crystalline salts, which take on a highly alkaline pH (ammonia).  The changes involved in the urine turning from the acidic to the alkaline state (salt) are known as the primary and secondary stages of decomposing urine contamination. The original acidic state of the urine begins to oxidize and react with the carpet to create a color change, which will become permanent in most cases, depending on the fiber affected. The resulting color loss is due to the ammonia, not the presence of (yellow color) urine, as is the common assumption. 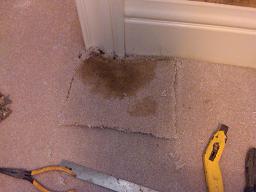 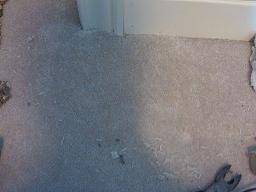 The odor molecule in urine is very volatile and increased moisture and rising temperatures activate the odor.   The alkaline salts and crystals, that are formed, are hydrophilic and draw moisture to them.  As the salts are reactivated by moisture, they give off a greater proportion of odorous gases as the temperature rises.

For each new customer you refer to us, you can receive 10% of the customer’s final bill.

You may apply the 10% toward your next cleaning appointment or receive the 10% in cash!

This applies to carpet and upholstery cleaning only.  Other restriction apply.  Call office for more details.